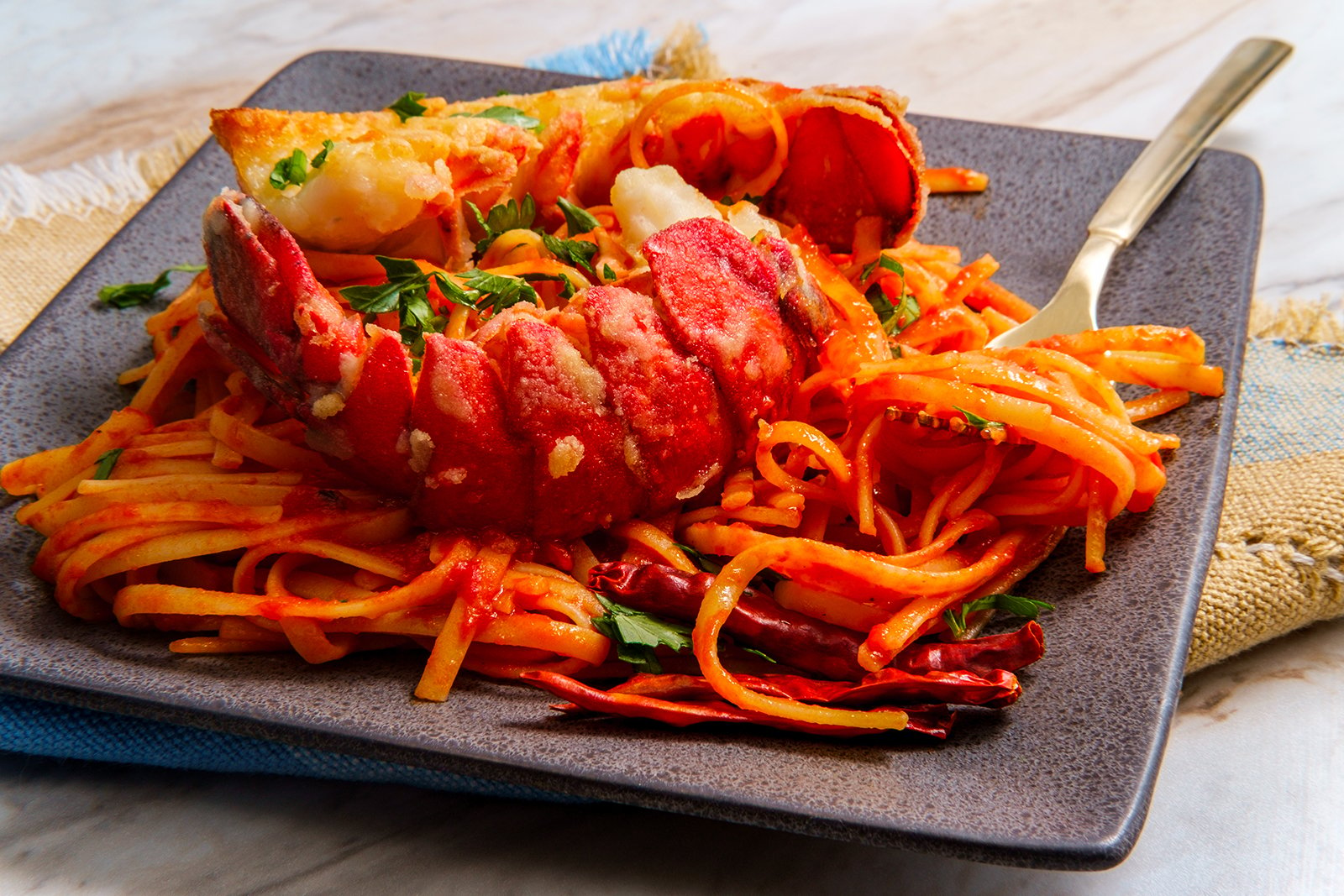 Lobster has allured countless generations of seasoned eaters, with many naming the luscious crustacean their favorite food without hesitation. And contrary to what some detractors claim, it’s not all about the butter. Sure, dipping lobster into butter amps up the flavorful charm, but the meat itself is more than sweet and satisfying enough to stand on its own.

The purest way to enjoy lobster is, of course, whole. It’s a meal that’s almost ritualistic, as you work to dismantle the lobster with tools of the trade at your disposal, joyfully hunting for all the secret, hidden bites. Aside from the obvious—and delicious—tail and claw meat, there’s also the tender morsel within the knuckle, the delicate sweetness of the slender legs, and flavorful if hard-to-reach eats embedded in the chest cavity, and finally the briny and singular heat fat.

Lobster lovers learn at a young age that this dinner is not to be rushed—that you have to trust the process, and meticulously remove every last edible trace, leaving only the shell, antennae, and eyes.

While there’s arguably no better meal than a whole lobster, there’s something to be said for dishes that incorporate the majestic shellfish with other ingredients that serve to elevate every luxurious bite. And we’d wager that there’s no cuisine more adept at rising the tide of lobster’s flavor than Italian.

In that spirit, here are our three favorite Italian dishes (and one honorable mention) that incorporate lobster!

Lobster Fra Diavolo is an exceedingly popular staple of Italian restaurants and homespun recipes alike, with eaters willing to fork over money for the cost of adding lobster to the fiery pasta dish. Picking up the tail, claws or knuckle of the lobster with your hands is the only way you’re going to syphon every last bite of sauce off of those shells. This inevitably leaves you open to sauce-splatter, but hey, that’s where bibs or oversized napkins tucked into your collar come into play. Finished with a teared-off hunk of crusty Italian bread ready to soak up the piquant flavors of the runny, oceanic sauce, what you have is a meal that is both delicious and an event in and of itself.

Paesana’s Fra Diavolo pasta sauce adds lively spices like red pepper to its mix of fresh ingredients like plum tomatoes, extra virgin olive oil, garlic, and basil, for a sauce that instantly breathes fire into any meal. Try your hand at the classic Lobster Fra Diavolo for a daring dish that will awaken your next home-cooked meal.

Lobster has allured countless generations of seasoned eaters, with many naming the luscious crustacean their favorite food without hesitation.

This Italian classic couples linguine pasta with tender lobster meat, in a dish that starts with a light tomato sauce that combines lobster meat with sautéed shallots, garlic, and onions, which are deglazed with white wine and sometimes finished off with fresh cherry tomatoes. The sauce is served over linguine, and the plate is dressed with a lobster shell for some decorative flair. This is a dish that is perfect for summertime, as the sauce is not too heavy, allowing the lobster meat to truly shine. What’s more, the addition of fresh tomatoes into the sauce adds a favorable hint of acidity, which, much like a squeeze of lemon, really brightens up seafood. Meanwhile, linguine is the perfect strand of pasta, as the flat noodles have the necessary surface area to catch the sauce.

Though it might sound like a modern invention of haute cuisine, lobster ravioli is a dish that goes way back. We’re talking around the 1500s, when the meal was first mentioned in an old Venetian cookbook during a time when Italian cooks would stuff just about anything into a pasta pillow and call it ravioli. These days, lobster ravioli can be found at high end restaurants, as well as in the freezer section of local grocery store chains or your local Italian market. These morsels of seafood can be prepared with a light cream sauce, brown butter, vodka sauce, you name it.

OK, we’re cheating a bit here since there is absolutely no trace of actual lobster found in sfogliatelle, as it’s a dessert and that would be weird. In America, it has come to be known as “lobster tails” due to its thin layers of pastry that can resemble the crustacean’s tail. Sfogliatelle consists of thin puff pastry layered in a crisp, crinkled shell, packed in ricotta, semolina, sugar, eggs, candied citrus, and, we promise, absolutely no shellfish.