Fra Diavolo: The Bedeviling Origins Of This Fiery Sauce 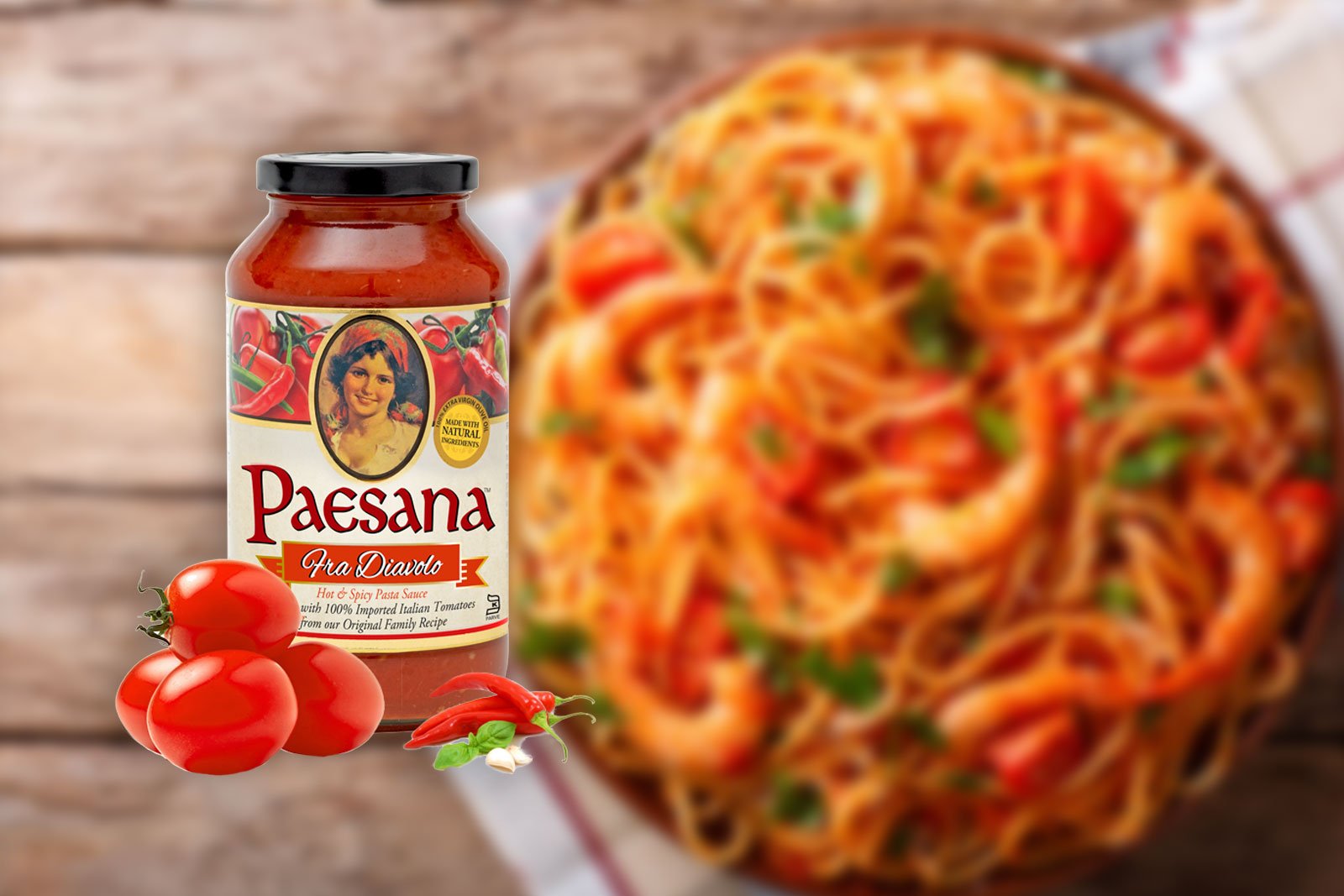 In the 1770s, there lived a young boy by the name of Michele Pezza in Naples, who at an early age survived a harsh childhood sickness that nearly killed him. As part of an old Italian tradition, Pezza and other youngsters who recovered from serious illness were dressed as monks on the second Sunday after Easter for a yearly procession in honor of the patron saint of sick children, St. Francis of Paola.

Little Michele was apparently such a notorious handful on these solemn occasions that someone once labeled him “fra diavolo,” meaning “brother devil.” The highly combustible nickname stuck and, in an extreme example of a self-fulfilling prophecy, Michele “Fra Diavolo” Pezza went on to live a hot-tempered early life before growing up to eventually lead Italian insurgents in a revolution against French occupiers.

Today, the memory of Pezza and his fiery disposition lives on in a name affixed to any spicy Italian sauce served with pasta. Fra diavolo is a tomato-based sauce that gets its flavor mostly from olive oil, garlic and oregano—but what sets it apart from similar sauces is the recipe’s heavy use of chilies or red pepper flakes, which delivers the infamous heat.

Served over spaghetti or linguine, seafood is usually the main source of protein in the dish. And for the most part, lobster is the go-to crustacean for most restaurants and homespun recipes alike. Indeed, Lobster Fra Diavolo has become an exceedingly popular staple in the Italian restaurant scene, but variations like Shrimp Fra Diavolo and the clam, mussel, scallop, and calamari-laden Seafood Fra Diavolo have been known to appear on menus across many different price points.

As for a link between Fra Diavolo the man and fra diavolo the sauce, there doesn’t seem to be any connection beyond the infernal name itself. Also, it doesn’t seem that Pezza requested Lobster Fra Diavolo as his last meal before his execution at the hands of his French foes.

Besides twirling spaghetti onto your fork, fra diavolo is a dish that often involves the direct application of food to face using your hands.

As with most famous dishes of Italian provenance, there is some contention as to its actual origin. While some claim Naples as the home of not only Pezza, but also the sauce that bears his name, the general consensus seems to be that fra diavolo is an invention of Italian-Americans in the tri-state area. And more than a few of New York’s earliest Italian restaurants claim credit for popularizing the spicy, somewhat messy dish.

One restaurant in Little Italy, Grotta Azzurra, has been serving Lobster Fra Diavolo since 1908—according to the menu. Meanwhile, Patsy’s in midtown has been in business since 1944 and claims some of that era’s most famous faces as ardent fans of its food, including Frank Sinatra, Jackie Gleason, and just about every member of the New York Yankees.

Regardless of who served it first or where an enterprising chef first decided to amp up the heat in a seafood tomato sauce, the dish now appears at nearly every Italian restaurant, while most home cooks with even a shred of an Italian background have made a version of the sauce in their kitchen.

Why We Love Fra Diavolo Sauce

Working around jagged lobster shells or stone-like clam shells might seem like an annoying task when all you really want to do is consume some spicy fare, but anyone who truly enjoys the thrill of the meal knows that hunting through crevices for flavorful morsels is one of the joys of eating. Besides twirling spaghetti onto your fork, fra diavolo is a dish that often involves the direct application of food to face using your hands.

Indeed, picking up the tail, claws or knuckle of the lobster with your god-given utensils is the only way you’re going to syphon ever last bite of sauce off of those shells. This inevitably leaves you open to sauce-splatter, but hey, that’s where bibs or oversized napkins tucked into your collar come into play. And if your fra diavolo includes clams or mussels, take advantage of the situation and use them as nature’s spoons by slurping sauce directly from the shells. With a teared-off hunk of crusty Italian bread ready to soak up the piquant flavors of the runny, oceanic sauce, what you have is a meal that is both delicious and an event in and of itself.

But before you even taste this spicy concoction, the sheer aroma of a simmering pot of fra diavolo wafting through the house on a Sunday afternoon or any other day of the week will send your taste buds into overdrive.

Make It At Home With Paesana!

Paesana’s Fra Diavolo adds lively spices like red pepper to its mix of fresh ingredients like plum tomatoes, extra virgin olive oil, garlic, and basil, for a sauce that instantly breathes fire into any meal. Whether you want to try your hand at the classic Lobster Fra Diavolo or you want to awaken a simple plate of rigatoni, Paesana’s Fra Diavolo brings a daring dash of peppery flavor to any home-cooked meal.