What’s The Difference Between Ravioli & Tortellini?

Ravioli are square and tortellini are ring shaped, but both make for hearty meals and are filled with cheese, meat, and more. 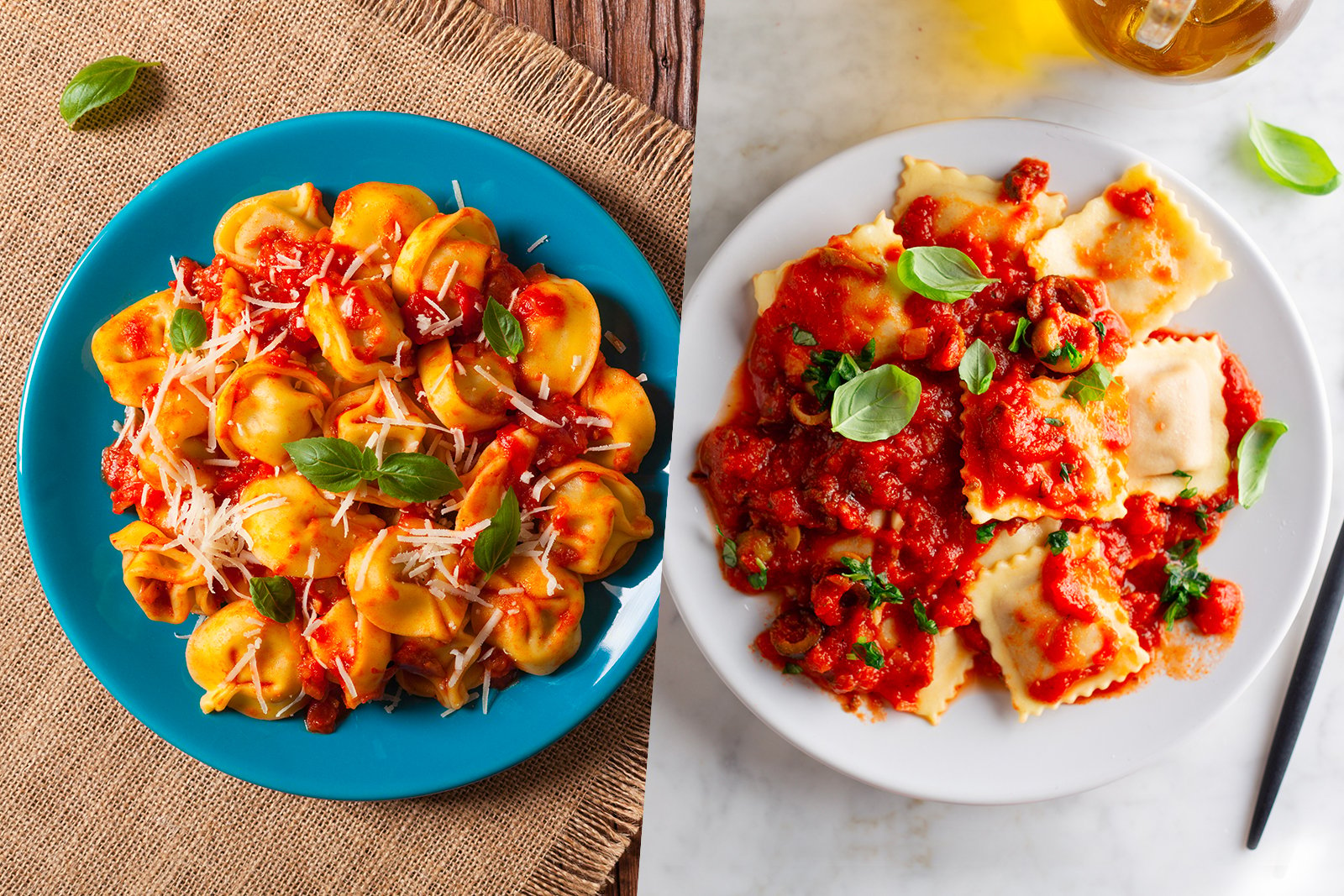 There are many different types of stuffed pastas, including baked dishes like stuffed shells and manicotti, as well as more recent inventions like stuffed rigatoni. But when you’re asked to imagine any type of pasta filled with cheese or meat, chances are two pastas in particular immediately come to mind: ravioli and tortellini.

The main components of the Italian meal are sauce, cheese, and carbs (either pasta or bread). Somewhere along the way, saint-like minds of Italian cuisine decided that two of those components should be combined. Well, the person or people who came up with that ingeniously delicious idea deserve all the praise, and perhaps even a church built in their honor. Ravioli and tortellini are the most popular of the stuffed/filled pastas because those soft and tender pillow-like morsels represent all the comfort in the world, covered in sauce on a plate or floating in a loving bowl of broth.

Visually, the difference between ravioli and tortellini seems fairly obvious. Ravioli are usually square, with a flat underside and rounded top, with edges cut at a sharp angle and sometimes frilled with a fork. Tortellini are ring or navel-shaped, at times resembling a tiny croissant or even a wonton. The primary difference between the two is where they originate, what they’re filled with and the technique employed in the preparation.

Essentially an Italian dumpling, ravioli features a filling that’s sealed between two thin layers of egg pasta. Ravioli are typically square, though other forms are also used, including circular or semi-circular (mezzelune). The filling varies depending on the region of origin, but here in the New World, we’ve grown accustomed to our ravioli being filled with ricotta cheese. But variations abound, with meat-stuffed ravioli making the rounds, as well as other ingredients like pumpkin and a runny egg yolk filling that delicate space in between pasta sheets.

Ravioli dates back to the 14th century, with one of the first recipes for traditional ravioli featuring a stuffing of mixed herbs, fresh cheese, and beaten eggs, all simmered in a broth. One interesting theory about the origins of ravioli states the dish was first invented by Genovesi sailors who would wrap the leftover portions of their meals within a dough pocket in order to add some additional variety to the typical sailor’s diet.

Ravioli and tortellini are the most popular of the stuffed/filled pastas...

Hailing originally from the Italian region of Emilia, tortellini are also traditionally stuffed with ricotta cheese. But history has shown a willingness for Italian cooks to go well beyond cheese, with various meats like prosciutto, mortadella, and pork loin finding a home inside of the ring-shaped pasta.

The origins of tortellini are a bit more of a mystery, with various folk tales purporting many fantastical origins of the pasta. One legend claims that a cook at an inn was struck by divine inspiration to create the pasta after catching a glimpse of the navel of Venus, the goddess of love. We’re not saying that’s completely fabricated, but it’s more likely that tortellini was created sometime during the middle ages to keep the savory filling from spilling out into the boiling pasta water.

While the world has fallen in love with different variations of ravioli, from butternut squash ravioli in sage butter sauce to deep fried ravioli with a side of marinara, we believe the simplest preparation is still the best. Cooked until barely tender, we lovingly ladle our own Paesana Marinara Sauce over the pillowy, ricotta-filled pasta. It’s the purest expression of ravioli.

For us, tortellini are all about comfort. Our favorite tortellini dish also happens to be one the greatest preparations in the history of Italian food, period. It’s tortellini en brodo and it’s exactly what it sounds like: tortellini cooked in (preferably) homemade chicken stock with salt and pepper. That’s it. Check out the glorious simplicity in this recipe. 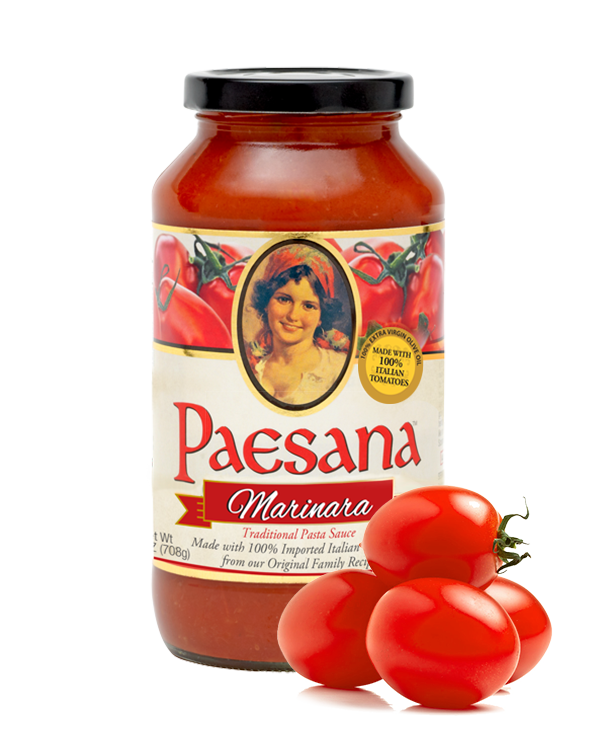