Italy’s many coastal cities reel in food lovers with a vast collection of oceanic cuisine. 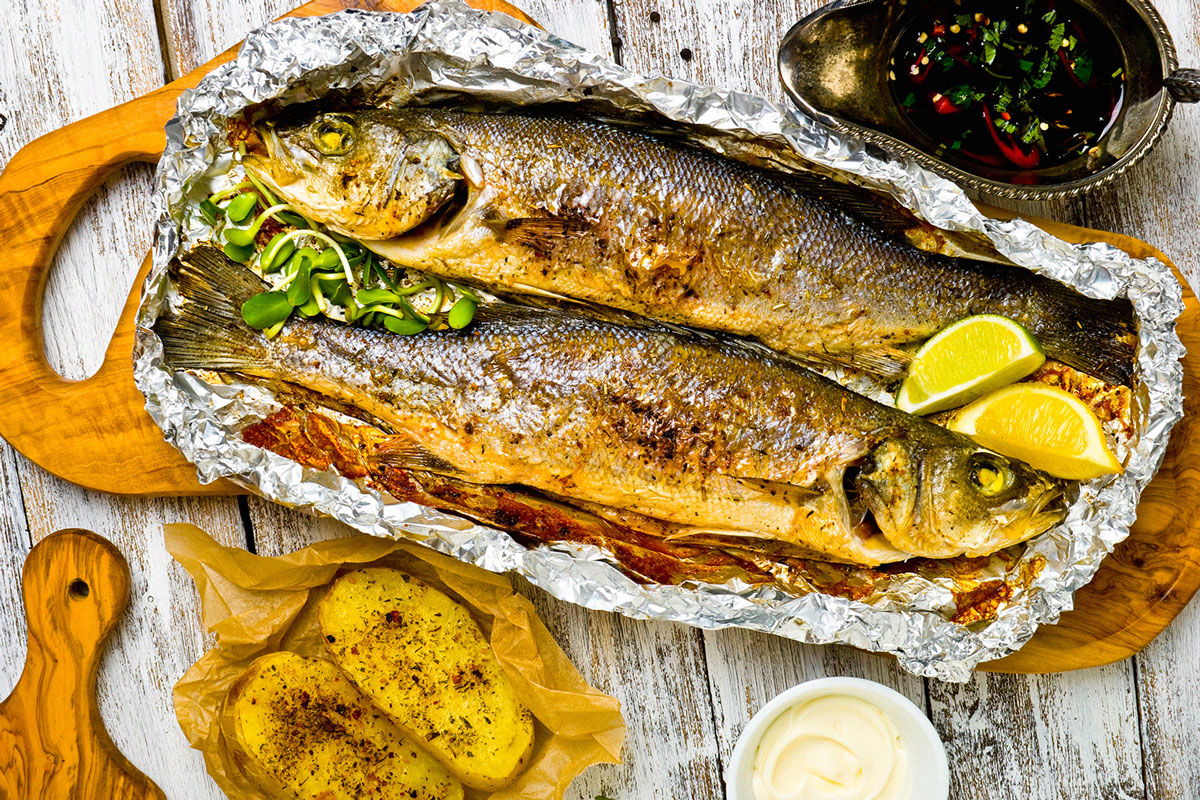 In many regions of Italy, particularly along the coastline, seafood is a huge part of the local cuisine. Seafood, or frutti di mare in Italian, is more than what’s for dinner—it’s a source of immense pride among seafaring citizens of the peninsula.

Treats from the sea are not merely specialty menu items, but instead are a staple food of the everyday diet. It’s a well-known fact among Italians and Italian-Americans that nearly everything that lives in the sea around Italy can be used one way or another in Italian cooking. From fresh fish, or pesce, to shellfish, and more, seafood belongs in any conversation about Italy’s culinary greatness.

Seafood is served in a variety of ways in Italy, but with fish specifically, the most common preparation is grilled. Small- to mid-sized fish are typically served whole, with the head and everything. While some people might be turned off by the appearance of a fish head with the eyes staring back at them, true seafood lovers know of the delicious pleasures hidden within the head. And yes, even those eyeballs offer an extremely briny flavor and taste intensely amazing on some crusty Italian bread.

Shrimp, or gamberi, are also served whole in Italy. Encased in a shell that really holds in the flavor and adored with its head intact, whole shrimp possess a flavor on an entirely different level than the shelled, headless variety that we’ve become accustomed to on this side of the Atlantic Ocean. Shrimp is peeled and eaten by hand, with the head regarded as the best bite. You might need to dig deep or apply your mouth directly to the shrimp to suck out the delicious head fat, but it’s well worth the effort.

In the realm of shellfish, clams and mussels are two of the most popular morsels of the sea. Vongole and cozze, respectively, clams and mussels are typically mixed in pasta dishes or served as appetizers. Linguine with white clam sauce is one of Italy’s greatest creations and features a combination of chopped clams and whole clams in the shell married with a white wine pan sauce. As for mussels, these mollusks are often prepared with a spicy tomato sauce and served as a prelude to an entrée. Both dishes all but require the eater use Italian bread to soak up the flavorful juices.

The Whole Story Of Fish

In many parts of Italy, fish are served whole with a simple preparation involving fresh herbs. Of course, fish variety and availability changes from location to location, so different parts of Italy offer different fish for whole roasting or grilling.

One of the most common whole fish presentations that comes from Italy is Branzino al sale or salt-crust sea bass. This Italian dish, typical in coastal regions like Liguria, Veneto, Puglia, and Sicily, features sea bass that’s been thoroughly cleaned, coated in sea salt enriched with herbs, and then slowly cooked in an oven.

That hard salt coating keeps the fish moist and fresh, guarding against a dry, unpleasant texture. Once cooked, the salt crust is cracked open in an almost-ritualistic display and the fish is drizzled with olive oil. Served with a splash of lemon juice, the tender white fish is mild, supple, and offers one of the ocean’s “cleanest” tastes.

Eating fish is one of the best ways to experience the culture and regional specialties of Italy. These fresh offerings tell the story of generations of fishmongers and dockworkers not only in Italy, but also here in America. When you reel in your favorite ocean treat, be sure to take notice of Italian preparations for a taste of the Old World.