Paesana treks upward on the map to cultivate the many flavors of the northern Italian countryside. 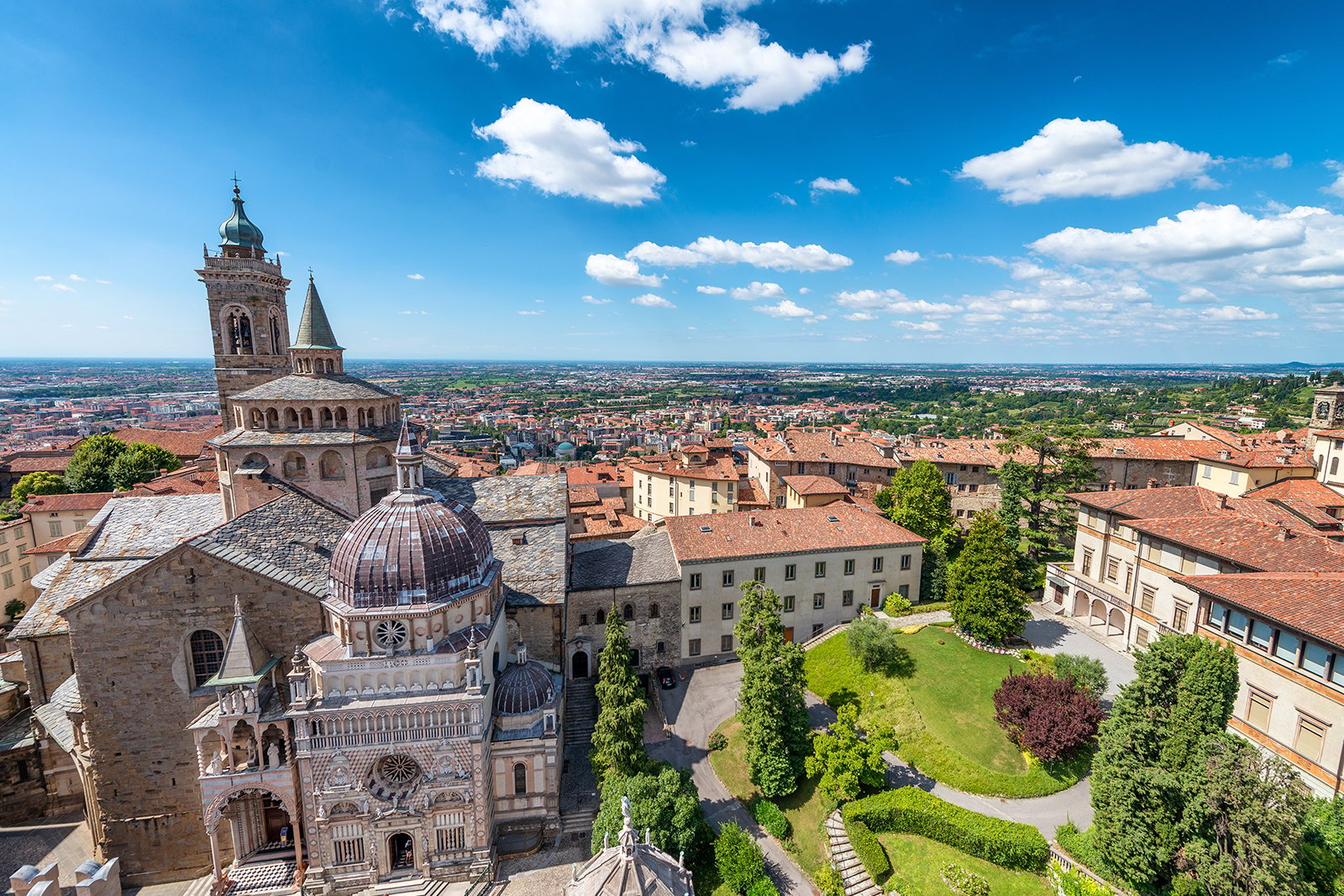 From our last stop in Emilia-Romagna, we travel even further north to Lombardy region, perhaps most well known for its capital of Milan. While that city is renowned as the fashion and business center of Italy, the lush landscapes of Lombardy provide some of the best provincial cuisines found anywhere in the country.

As it is in other regions, Lombard food is influenced greatly by available ingredients, climate, and the tastes and preparation methods of the many generations that have called the region home. But specific to this region, we see a menu of food that presents big, bold, hearty ingredients that help stave off the cold weather—as opposed to bright, red tomatoes of southern regions like Sicily.

Let’s take a look at five hand-picked food items from Lombardy, an Italian region unlike any other!

Lombardy’s Po River valley is covered by large swaths of rice paddies, which is exactly why risotto is the region’s most prevalent staple food. One of the region’s signature dishes is Risotto alla Milanese, a preparation that delivers silken creaminess of classic risotto, with a golden hue and singular flavor of luxurious saffron. But for a truly authentic taste of Lombardy, Risotto alla Milanese must be topped with unbelievably unctuous beef marrow—or as we like to call it, “meat butter.”

The affluent nature of the Lombardy region—certainly more than its southern counterparts—means that the area has plenty of expensive cuts of some of the finest meats in the land. Veal, pork, and beef are all on the table throughout Lombardy. One of the most famous preparations is bresaola, which is a lean dried salted beef from Valtellina, an Alpine valley in the region. Boasting perhaps the purest expression of true beef flavor that will ever hit your tongue, bresaola finds its way onto savory antipasti spreads.

Lombard food is influenced greatly by available ingredients, climate, and the tastes and preparation methods of the many generations that have called the region home.

More specific than our previous two entries, Veal Milanese is so decadently famous that it must be highlighted by name. Brilliant in its splendid simplicity, Veal Milanese is a flattened, bone-in veal cutlet dredged in egg and breadcrumbs, then flash-fried in butter. In essence, it’s the perfect mountain food and very similar to German schnitzel—which makes sense when you recognize the relatively short distance between Lombardy and it’s Germanic neighbor to the north. Following closely behind Veal Milanese in popularity is Veal Ossobuco alla Milanese.

Pumpkin is utilized in a number of preparations—most notably, as a stuffing for various forms of pasta. It’s in the Lombard city of Mantua that you’ll find the most expertly crafted pumpkin-stuffed pasta, namely Tortelli di zucca. The most eye-opening example of how sweet and savory flavors come together in a beautiful dance, this pasta dish features soft pillows filled with a purée of pumpkin that’s mixed with spices, Parmesan, crushed amaretti biscuits and mustard-spiked candied fruits. A truly unique taste of Lombardy.

While we’ve previously featured Panettone in a blog about Christmas desserts, we simply must mention it again here. You see, the most famous version of this sweet bread was born in Milan, where it is still made by hand, one-by-one via traditional means by artisanal bakers. The dome-shaped loaf is filled with a mix of raisins, candied orange, citron, and lemon zest, with some of the more extravagant versions bearing the inclusion of saffron.