Pasta literally comes in hundreds of shapes and sizes, all with varying origin stories. Several well-known types include stringy spaghetti, tube-like rigatoni, shell-shaped cavatelli, and stuffed ravioli, among others. 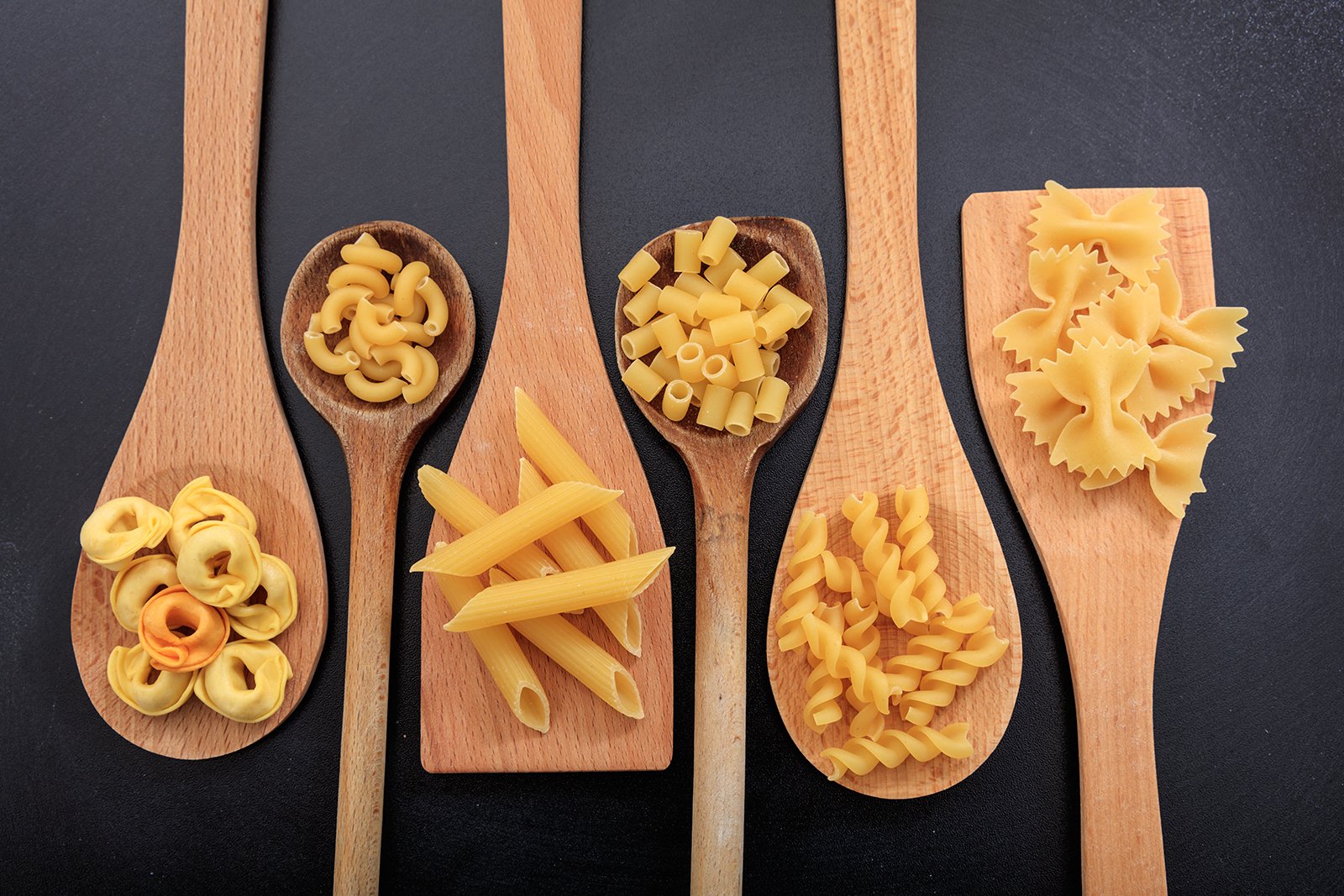 As one digs through various sources for exactly how many pasta shapes are in existence, it quickly becomes clear that the number could easily rank close to 1,000 when different cultures with variations incorporating enriched flour, rice, gluten-free ingredients, whole wheat, etc. are considered.

In Italy, specifically, the count sits around 350, with each featuring unique contours, ridges, diameters and lengths—characteristics that lend themselves to specific sauce applications, all enjoyed by pasta lovers hailing from various corners of the flavor and texture spectrum.

Even more than sauce, it’s pasta that is inextricably linked to Italy. Made from simple, humble ingredients—typically flour, eggs, salt and water—the end result is pure food alchemy. Those four components come together to spin golden bands and bits that act as the foundation for a dizzying amount of meals, carrying the weight of sauces, meats, and cheeses, sometimes all at once.

In truth, how pasta made its way to the Bel Paese ("Beautiful Country") is largely irrelevant. What’s important is it got there, and today, we are all reaping the benefits.

How pasta first arrived in this culinary epicenter and its many regions is the subject of endless debate, with most recalling the elementary school lesson involving Marco Polo and his travels to the Far East. That tale states the famed explorer took noodles back home to Venice after a harrowing trip to China, and the newfangled food became all the rage, sweeping across Italy. This very well might be true, but other theories posit that pasta had been in and around the country long before Polo's voyage east.

In truth, how pasta made its way to the Bel Paese ("Beautiful Country") is largely irrelevant. What’s important is it got there, and today, we are all reaping the benefits.

A Lesson In Shapes

Pasta wasn’t cut into random dimensions simply to show off the cook’s prowess with a set of tools. In fact, each pasta style was shaped with purpose—some prepared for soups, others built for meat sauces, and still others engineered to cradle more delicate sauces in its inviting grooves and folds.

For example, the small, shell-shaped pasta, cavatelli (aka “gavadeels” in some Italian households), from southern Italy near Calabria, holds chunky sauces in its partially opened crannies, while the broad pappardelle, from the Tuscany region, is strong enough to stand up to hearty meat sauces. Then there’s the minuscule pastina and acini di pepe, perfect for soul-nourishing, broth-based soups like the noble, yet rustic, Italian Wedding Soup.

Then there’s the shapes that seem to have been created specifically for one dish and one dish only. Chief among these is the granddaddy of large-sized pasta: lasagna. This wide, flat sheet is layered with meats, cheeses, sauce and cream, for a luscious casserole of sorts that traces its culinary roots back to Naples in the Middle Ages.

What was the first pasta shape and was there a pasta primeval from which all other pastas trace their lineage? Well, it depends on who you ask. The earliest mentions of the food list four pillar pastas—macaroni, ravioli, gnocchi, vermicelli—cropping up across the Italian peninsula in the 13th century. And while we think of pasta as a peasant staple, in its early days it was mainly served to the wealthy in elaborate preparations that ran the gamut from sweet to savory, with ravioli, for example, stuffed with ingredients such as pork belly, cow udders, roast pork, hard and fresh cheeses, sugar, herbs, spices and raisins.

Eventually, pasta simplified and trickled down to the commoners, who found it to be a filling replacement for hard-to-find meats. But mainly, it was the 17th century invention of the torchio, a pasta pressing machine, that helped spread pasta throughout the Italian countryside.

Pasta And The Modern World

While it’s true that most pasta shapes have been around for an untold number of generations, new designs are still being cut and stretched by innovative chefs around the world. One of the more interesting modern forms is the semi-obscure caramelle—a stuffed pasta often filled with cheese, vegetables, and/or meat, twisted closed on both ends—taking its name from candy wrappers.

With the culinary world taking notice of eaters with ailments such as gluten intolerance, traditional molds are constantly being recast, and new, innovative creations born.

And that’s just one example. A jaunt through any supermarket's pasta aisle will undoubtedly yield a handful of lesser-known casts among the familiar geometry of mainstream faves such as stringy spaghetti, cylinder-shaped penne and tube-like rigatoni.

Truthfully, the list of possible pastas is constantly evolving. With the culinary world taking notice of eaters with ailments such as gluten intolerance, traditional molds are constantly being recast, and new, innovative creations born.

Paesana offers a vast array of premium Italian gourmet sauces, olives, condiments, and more. Peruse our many products and varieties, or locate a distributor near you, today.