Italian-Style Duck: How The Mallard Fits The Bill

The Italian-American take on duck includes many preparations, all of which deliver robust and rich flavors. 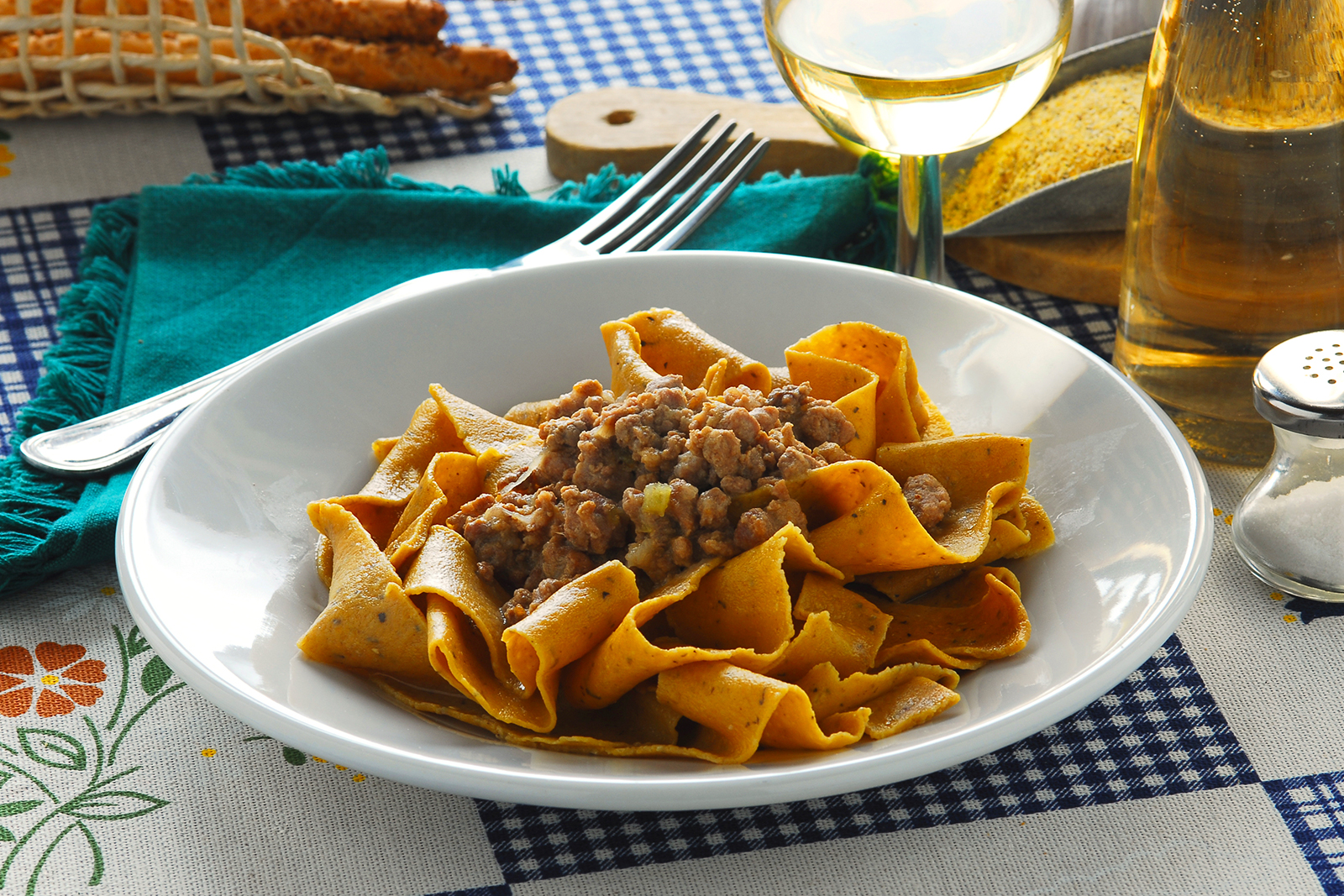 There are certain dishes, specific ingredients, and exact flavors that have the power to transport your mind and senses to a different time and place.

As any homecook, professional chef, or food lover in general can tell you, that’s part of the glory and majesty of kitchen creations. It’s about so much more than pure sustenance or flavors that make your toes curl with ecstasy—eating is a means to remain connected to the past and the people who shaped your life along the way.

For the writer behind this blog, duck is that dish. Back before taste became a driving force behind countless articles and plenty of successful—and unsuccessful—kitchen experiments, I was your typical picky eater. As a youngster, I subsisted mainly on hot dogs and chicken nuggets. That is, until one Christmas Eve long ago, when my grandfather roasted a whole duck with a raspberry glaze and matching stuffing.

Perfectly rendered fat gave way to crisp, unctuous skin. The breast meat, with an almost beef-like quality to it, was beyond any poultry that came before it. And the dark meat of the thighs was juicy in a way that can only be described as a deluge of flavor. It was all paired wonderfully with the sweet, semi-sour flavor of raspberries, along with a host of other ingredients that unfortunately I didn’t have the wisdom to identify at the time.

While the specific method that brought raspberry duck together eludes me—and honestly, I have yet to muster the courage to attempt to recreate it—the eye-widening, mind-expanding inspiration that experience cultivated is alive and well every time I cook a meal or luxuriate in someone else’s culinary creation.

In tribute of that meal, the man who cooked it, and that moment in time, I present Italian-style preparations of the glorious duck.

Duck doesn’t typically come to mind when thinking about staple Italian meats, as the bird is more traditionally associated with Chinese cooking. While Chinese chefs possess an almost innate ability to coax otherworldly flavors and textures out of duck, Italy offers plenty of dynamic dishes of its own.

The venerable Accademia Italiana della Cucina, officially recognizes seven duck preparations in its exhaustively curated bible of Italian cuisine. These include old-world recipes like anatra al forno (baked duck), anatra all’arancia (duck in orange sauce), and anatra farcita (stuffed duck). While those and other old-school preparations are more than worth a look and a taste, let’s shift our focus to Italian-American duck recipes of the new world. These are dishes that have gone through various changes over time—with homecooks and professional chefs alike making their own contributions to the legacy of what some believe is an underutilized and underappreciated protein.

Well-regarded Italian chef Scott Conant contributes to the duck menu with Sicilian Spiced Duck Breast with Preserved Orange. The recipe, found here, pairs the duck with fragrant orange, which helps to cut the richness of the meat and the intensity of the crisp skin. It’s an Italian play on the culinary classic, Duck a l'Orange, though Conant admits that he’s not sure “if you will ever find this exact mix of spices in Sicily, but it tastes like you should.”

Another preparation of duck comes from Marcella Hazan, the patron saint of Italian cooking in America. In her famous tome Essentials of Classic Italian Cooking, Hazan’s lone duck recipe sees the chef briefly dunk the bird in boiling water before thoroughly going over it with a hair dryer. This helps open the duck’s pours—which, according to Hazan, is essential for the fat to melt and season the duck during the roasting process.

This recipe for Duck Ragù sees the dish enhanced with the aroma of bay leaf and fresh sage, while it uses duck legs and thighs.

The full majesty of Hazan’s method should be read in full, as should all of her detailed and thoughtful recipes in her book—one that belongs in every kitchen.

Perhaps the most famous Italian preparation of duck is Venetian Duck Ragù. In Italian cuisine, ragù is simply a meat sauce served with pasta. The meat used in this dish takes the form of beef, veal, pork, lamb—basically any animal the cook can get their hands on. Ragù as a style of sauce traces its history back to Bologna, which is why almost any sauce that features meat and herbs as a base rather than tomatoes is referred to as bolognese.

Venetian Duck Ragù is traditionally served with fat, tubular buckwheat noodles called bigoli, but here in the states, pappardelle is the pasta of choice for most ragùs. That’s because the long, fat ribbons that characterize pappardelle are ideal for sweeping up portions of rich duck meat. Meanwhile, it’s that richness that makes duck perfect for a meat ragù

A simple Internet search conjures many recipes for this dish, but this one in particular is a good place to start. This recipe for Duck Ragù sees the dish enhanced with the aroma of bay leaf and fresh sage, while it uses duck legs and thighs. Choosing these cuts adds flavor, but it also allows the chef to cook the bird for long stretches without worrying about the meat drying out, as it would if the breast was being utilized.

A Sitting Duck At The Italian Table

Every chef and food enthusiast claims their own unique entry point into the culinary world. And some might say it’s our responsibility to inspire the next generation’s passion for cooking by introducing their fledgling palates to new flavors. Could duck be someone else’s “gateway food?” Cook one and find out.