The food traditions of Easter Sunday in an Italian household rival that of any other holiday. 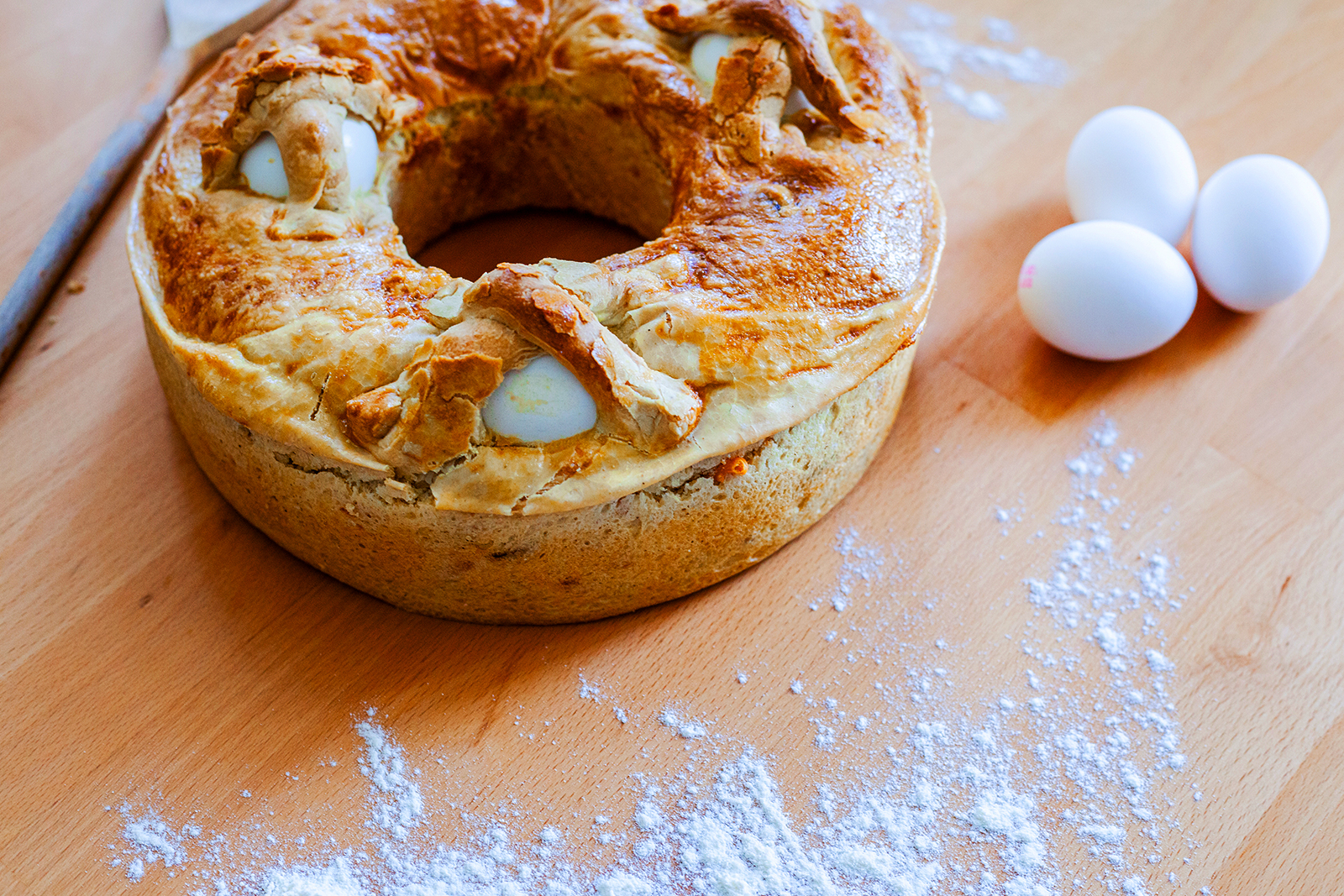 Each spring throughout Italy, Easter rolls around just in time to offer a sweet and savory release to anyone who has stifled their cravings through the traditional Lenten sacrifices of the season. Though meal-time rituals differ from region to region, one can bet that the entire boot of Italy is festively feasting on Easter Sunday—after morning mass, of course.

The keepers of those old world food traditions arrived in the new world with recipes in tow and generations later, we Italian-Americans continue to honor that holiday kitchen heritage by cooking and eating massive meals with the family.

While we all maintain unique food traditions, there are some dishes that are inextricably linked to an Italian Easter Sunday. It might not be mandatory to serve these dishes, but it certainly adds to the flavor of the day. With that in mind, here are some of Paesana’s favorite time-honored kitchen creations that we still serve on Easter.

Italy boasts many holiday breads, pies, and cakes, but none as famous or as traditional as Torta Pasqualina. This beloved Easter pie originates in Liguria, the crescent-shaped region in northwest Italy that’s most well known for its pesto. A comforting, rustic pie, Torta Pasqualina is made with puff pastry and a spring green like chard, ricotta, and eggs. Fittingly the star of the dish, the eggs are cracked into little pockets formed in the ricotta. After it’s baked, the pie is sliced to reveal perfectly cooked eggs in the pie’s cross section.

Eggs also shine in another baked dish, Brodetto Pasquale. Yes, brodetto technically translates to broth, but this dish is very much a frittata. Misleading names aside, Brodetto Pasquale hails from the Basilicata region of southern Italy and at its most traditional, it’s a stewed lamb and vegetable dish covered with beaten eggs, mixed with pecorino cheese and baked till set. In Italy, wild cardoons are used as the vegetable, but asparagus makes a fine seasonal substitute. Meanwhile, the addition of the pastoral flavors of lamb bring this dish to the forefront of Easter meals.

Here’s another baked dish that incorporates eggs, albeit in a far more decorative way—for in a Casatiello Napoletano, various meats and cheeses are the main attraction. As the name implies, this stuffed Easter bread hails from Naples, and it’s filled with goodies like salami, ciccioli (fried pork fat), prosciutto, pancetta, mortadella, pecorino and provolone cheese, and chopped hard-boiled eggs, along with a few hard-boiled eggs left in the shell and baked on top of the dough. Casatiello Napoletano is traditionally baked in a pan with a hole in the middle like a ring cake tin, tube pan, or a plain bundt pan.

Though meal-time rituals differ from region to region, one can bet that the entire boot of Italy is festively feasting on Easter Sunday—after morning mass, of course.

Now we get to the crown jewel of most Italian Easter Feasts, the Roman-style roast lamb—or, more specifically, Abbacchio, which is the name in Lazio (a central Italian language) for milk-fed lamb. Roasted until tender, the rich and flavorful meat—usually lamb chops—is enhanced by rosemary and plenty of garlic. In the old days, lamb was only available in the spring, so it’s pretty clear why this dish became a delicacy of the Easter season. The potatoes serve as the perfect accompaniment, as those are roasted with the lamb and absorb the aroma and flavor.

Another cake-tyle dish? Yes! But this time, we’re strictly in the dessert section of the Italian Easter Menu. Neapolitan Wheat Berry & Ricotta Easter Cake boasts an incredible perfume and though the ingredients might seem a bit odd, it all adds up to a dessert that’s light, fluffy, and balanced. Born in the springtime rituals of Naples, this Easter cake has whole wheat berries cooked in milk, then mixed with ricotta, sugar, eggs, candied citron, and a mix of spices and scents such as cinnamon, vanilla, and orange blossom water. That filling is poured into a pie crust, covered in lattice and baked. Think of it as a hybrid Italian cheesecake and rice pudding in a buttery pie crust.